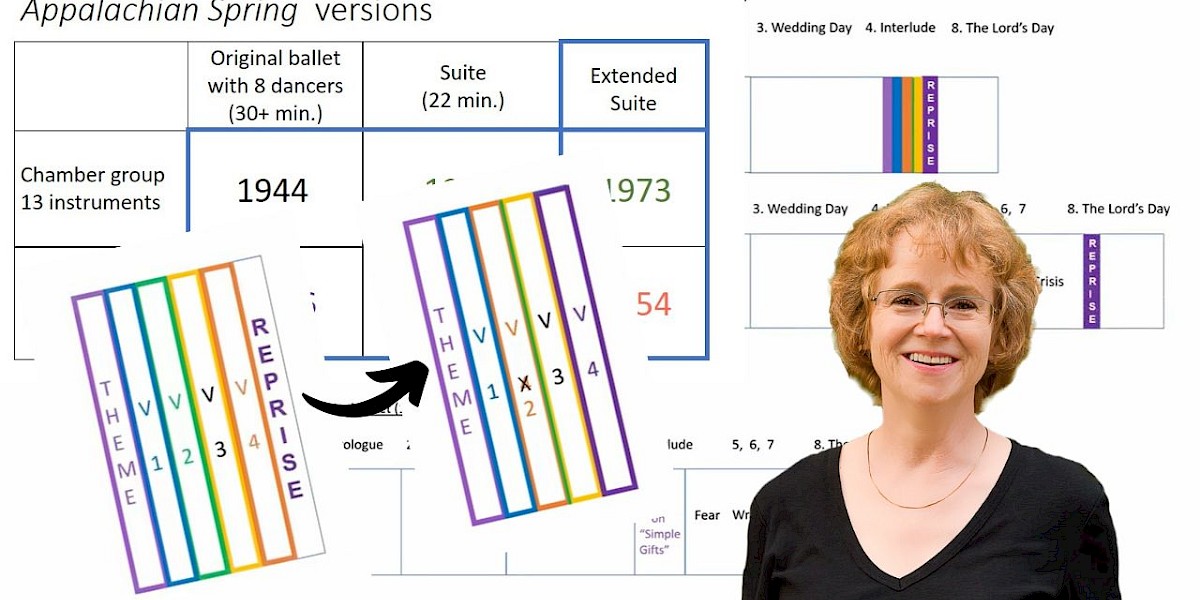 This edition of Midday Thoughts contains video content specially created as an integrated part of the article. Transcripts for these videos can be found here and in the links below each video.

Eighty years ago this month, Copland opened a personal letter from Elizabeth Sprague Coolidge inviting him to compose a ballet score for Martha Graham. By July of 1943, he had settled on the Shaker tune “Simple Gifts” as the main theme for his “Ballet for Martha,” which Graham famously dubbed Appalachian Spring at the premiere in October 1944. That now-iconic theme is first heard about fifteen minutes into the work, followed immediately by four variations. One of those variations I think of as the “music-box variation,” because of the slightly mechanical, tinkling figures that decorate the baritone-register melody.

The “Simple Gifts” variations are unquestionably the most popular part of the work. But here’s a trick question: Of the four variations, what number is this one? Where does the “music box” variation fall within that famous section? The answer is either second, or last—depending on whether you’re listening to the suite (1945) or the original ballet (1944). The video below gives a quick explanation of these versions. 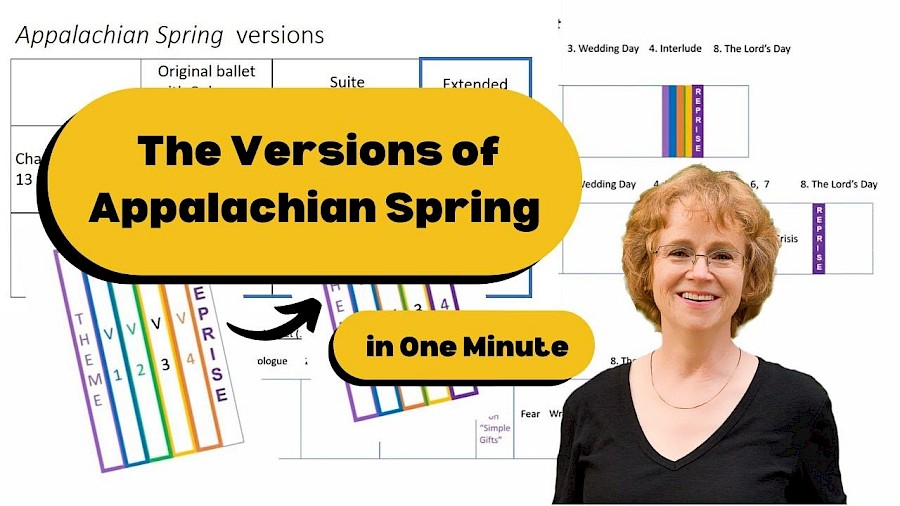 The Versions of Appalachian Spring, Explained in One Minute

More on the Extended Suite later. For now, let’s examine the structural differences between the first two versions, the suite and the ballet, in the video below. 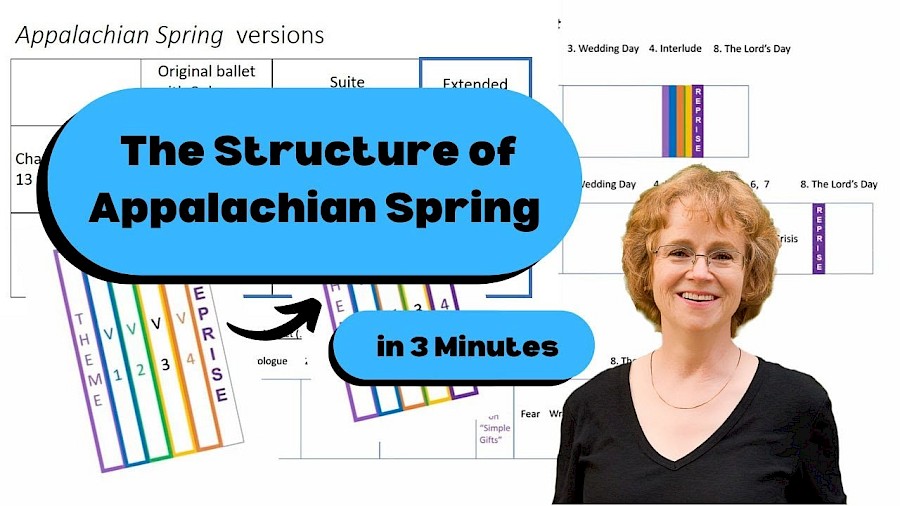 The Structure of Appalachian Spring, Explained in 3 Minutes

How does this relate to the third column in our version chart, the Extended Suite column? In brief, this version came about when, in 1954, Eugene Ormandy wanted the full Philadelphia Orchestra to accompany a danced Graham Company performance. At that time, the only version available for full orchestra was the shorter, 22-minute Suite—which doesn’t match the choreography. So Ormandy asked Copland to orchestrate the 8-minute Fear/Wrath/Crisis cut, which Copland did. Later—we’re not sure when—someone else created five more full-orchestra inserts, to restore most of the smaller cuts, represented by the gray bars above.

When all these score inserts are used with the suite, the result matches the original ballet in length. And this suite-plus-inserts (aka Extended Suite) does reintroduce the dramatic contrast of the “Fear-Wrath-Crisis” music. But a significant problem remains—especially if you want to perform it with Graham’s choreography. The Extended Suite presents the variations in SUITE order, not in BALLET order. This may seem subtle, but in fact it ruins the dance at the climax of Graham’s choreographic arc, when the couple comes together at the Simple Gifts section.

When Ormandy discovered this problem, the Extended Suite became a concert-performance-only option. Ormandy recorded it for Columbia records, who released it in 1957. Unfortunately, the liner notes erroneously imply that Graham’s company danced to it.

The full story of Appalachian Spring’s versions is told in the MUSA edition introductory essay “Appalachian Spring: The Score for Graham’s Ballet,” especially pages xxxvii-xli, “After the Premiere.” Two of the plates show Copland’s efforts to give names to the various versions (lxiv-lxv=plates 14 & 15). After presenting the original ballet score illustrated with photographic images of Graham's choreography, the volume has a discography that lists notable recordings of each of the six versions.

What does the existence of so many different versions tell us about Appalachian Spring? A purist might conclude that its integrity as a Work of Art has been compromised. But as I see it, the many versions attest to its cultural vitality and adaptability to different purposes. After its premiere, it retained a distinct musical identity even as new versions arose to suit the changing needs and tastes of conductors, performers, and listeners.

Note: Both versions of the Extended Suite were withdrawn by the Aaron Copland Fund for Music in 2015 and are no longer available for performance. For information about available versions, please visit the "Works" section of this website. 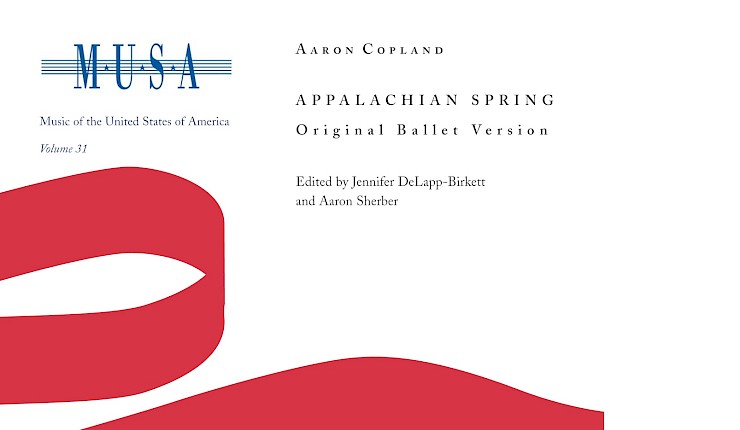